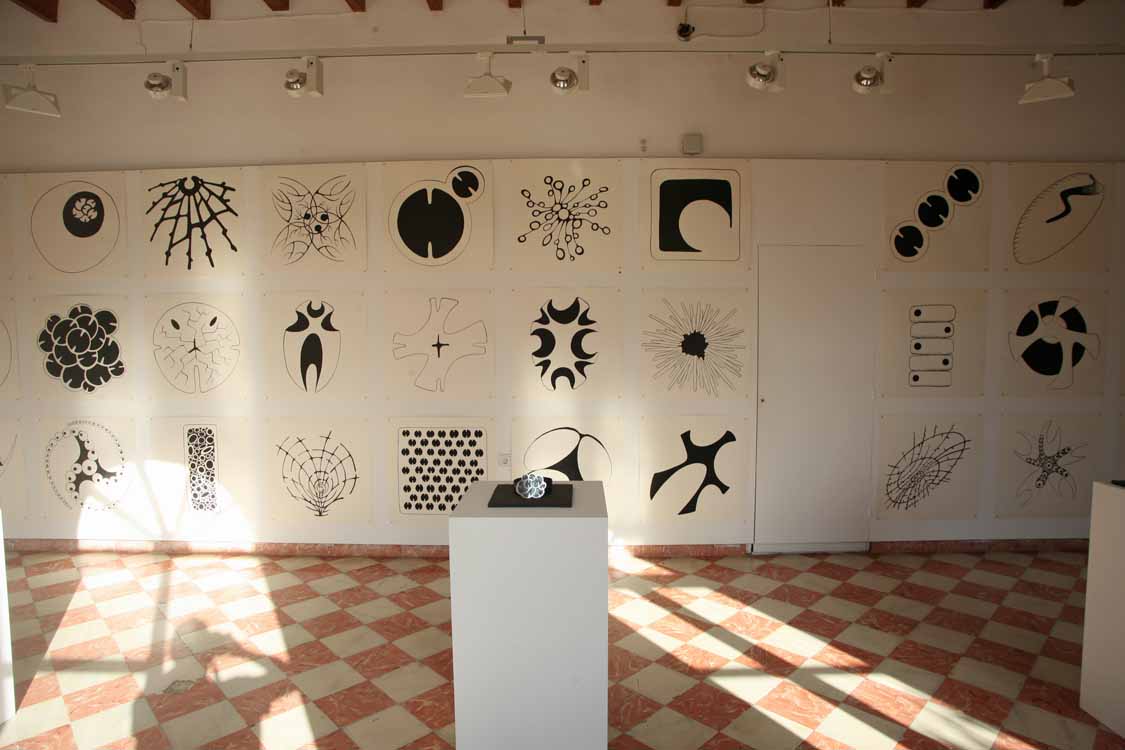 It is the fruit of the past several years of studies and sketches about my fascination with biological life forms. BIO-MORFOSIS. It is a new stage in the development of a formal language inspired by the natural microcosm. The drawings repeat and interpret the images that I have been collecting for years. It is an initial Organization of several "formal elements" that I have managed to isolate from amongst the infinite multitude of living beings. They are circles, ellipses, parabolas, radial and symmetric forms, recombined and interpolated. The result is a series of fantastic and real figures, suggestive and without ambiguity. Black on white, almost logos, icons, pop figures.